Last updated: 2021-11-14 I know, I know, my last post was 2 months ago. I’m not very steady but lots have been done on other things (FOSS4G-fr 2018 program, a bread recipe that I can manage, writing a python course from scratch, that kind of things). Next step in my life will be in September at the end of my Master degree. I don’t know what I will do at that time but I know what I want to do.

Today I went to the library A livr’Ouvert because there was a sign session with David Revoy. It is an artist that I really like for two reasons: his stories are fun and he has really nice drawing; he used free and opensource software to produce his art and his artwork is licenced with a Creative Commons Attribution 4.0 licence; People who like Ubuntu MATE can’t be bad people (well, I’m not really objective). 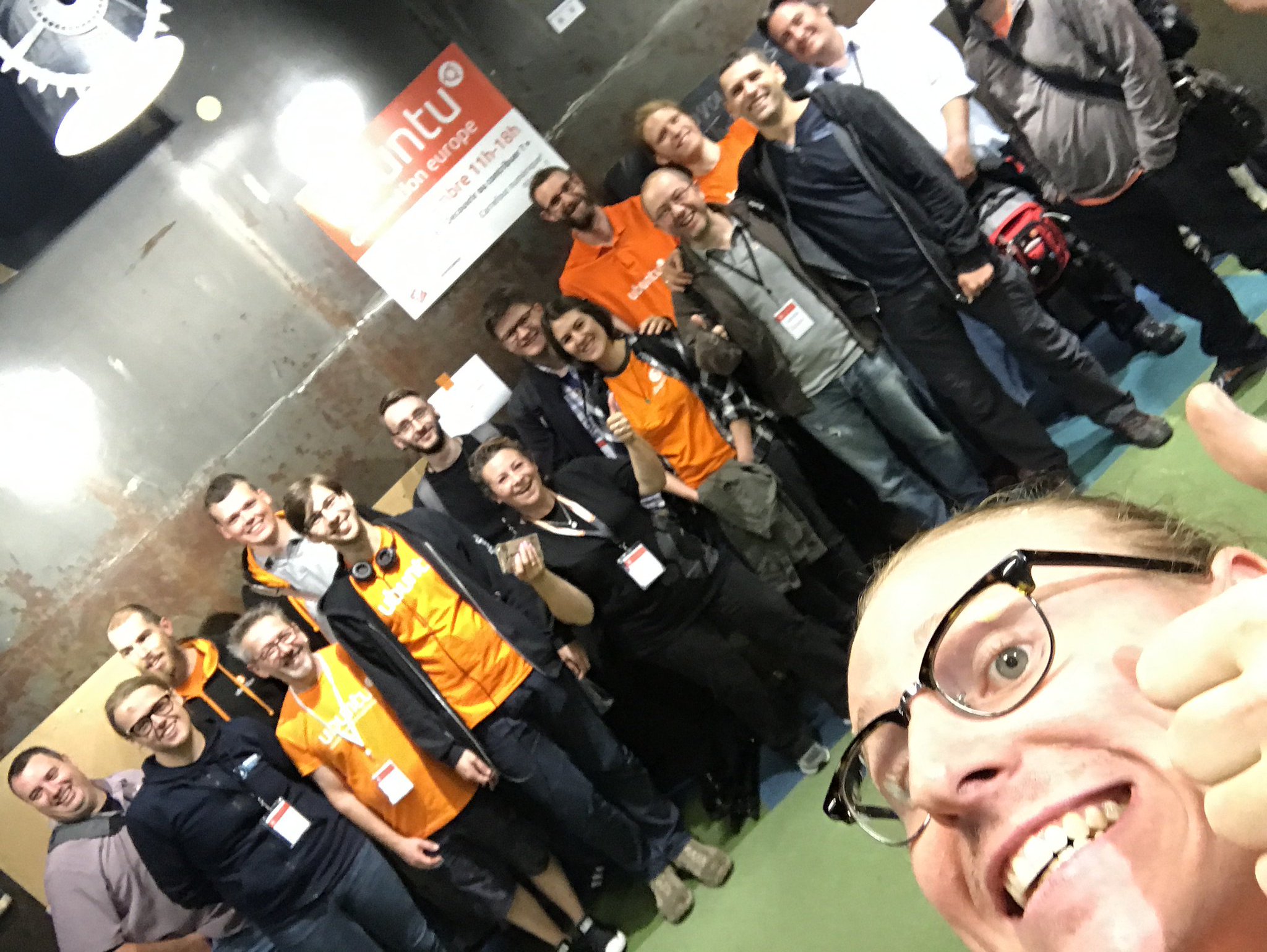 I just came home from this UbuntuCon Europe 2017, who was held in La Cité des Sciences et de l’Industrie, in Paris. SO I was able to attend it, although I followed one talk, about privacy on internet. I met great people, starting by my friend Marcos Costales, a spanish developper known for uNav, THE gps application for Ubuntu Touch or Gufw, a minimalist firewall. I was able to meet Martin Wimpress (known for Ubuntu MATE) or Alan Pope