Hello, the project that I was talking about earlier is finally over. But it tooks me (and my colleagues) so much time to do that I wasn’t able to post about it. Anyway, the project website is online and can be seen there: http://m2_projet_mexique.frama.io/website/ Ok, it is in French but, first, it is for a French diploma in a French university, so… And second, I’ll make translations of the posts here.

Last week, I came across this blog post from Yihui-down called save() vs saveRDS(). It was issued after a response from Jenny Bryan on Twitter. So when more experimented people like them advise to use a tool, it is for a reason. So I decided to give it a try. Not to compare save() and saveRDS, but saveRDS to write_csv(). This is not a complete review as I lack the knowledge, but a short intro to something I found very useful. 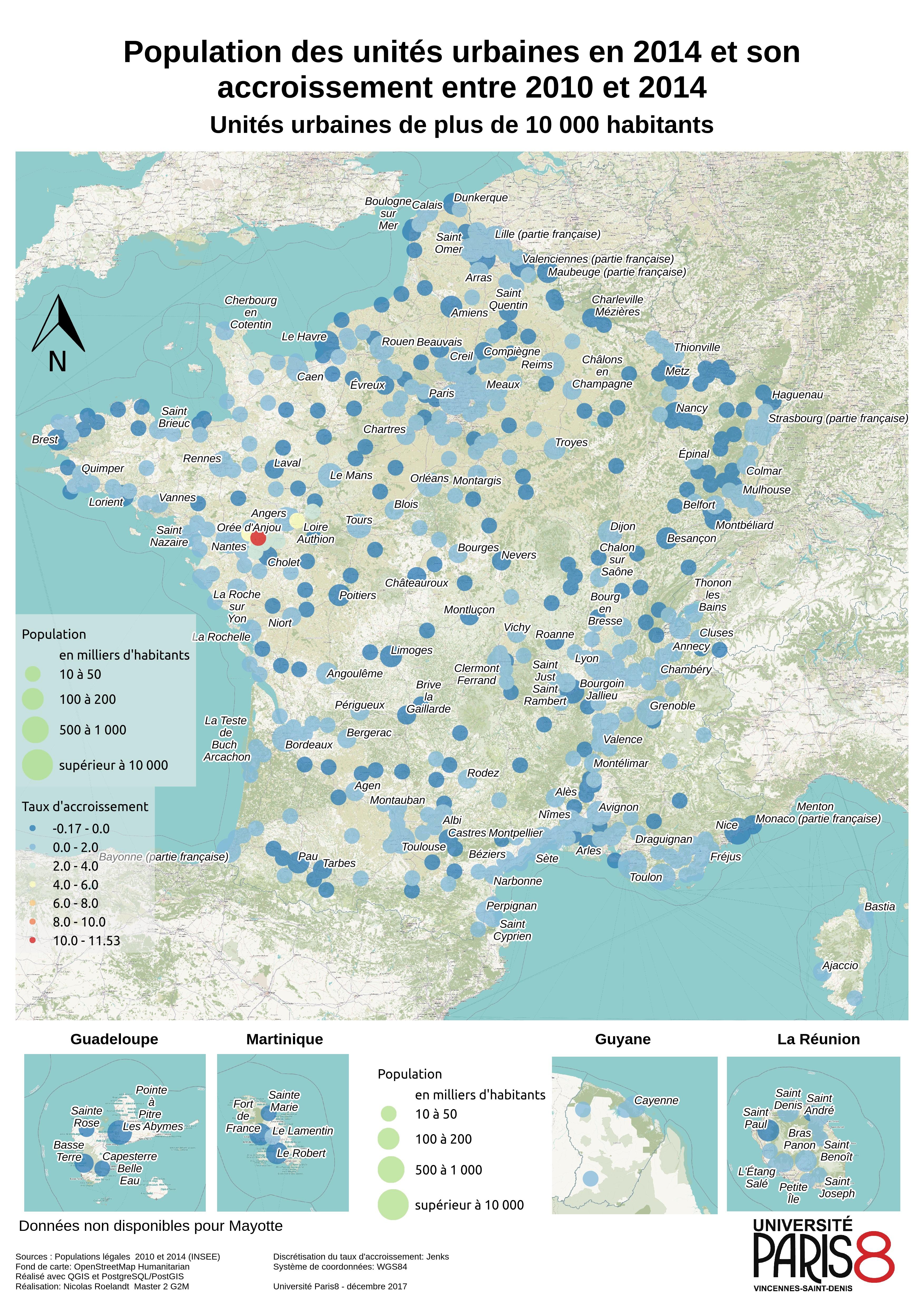 Hi all ! Sorry this map is in French but it was a school assessment, so… French it is. Disclaimer: You might encounter a lot of french words and links to french webpages. You are warned. The main goal was to work wih PostgreSQL and PostGIS on census data. Franc had around 36 000 communes which is the smallest administrative unit. Since it is too small to represent on a map, we worked on the Unités Urbaines1.